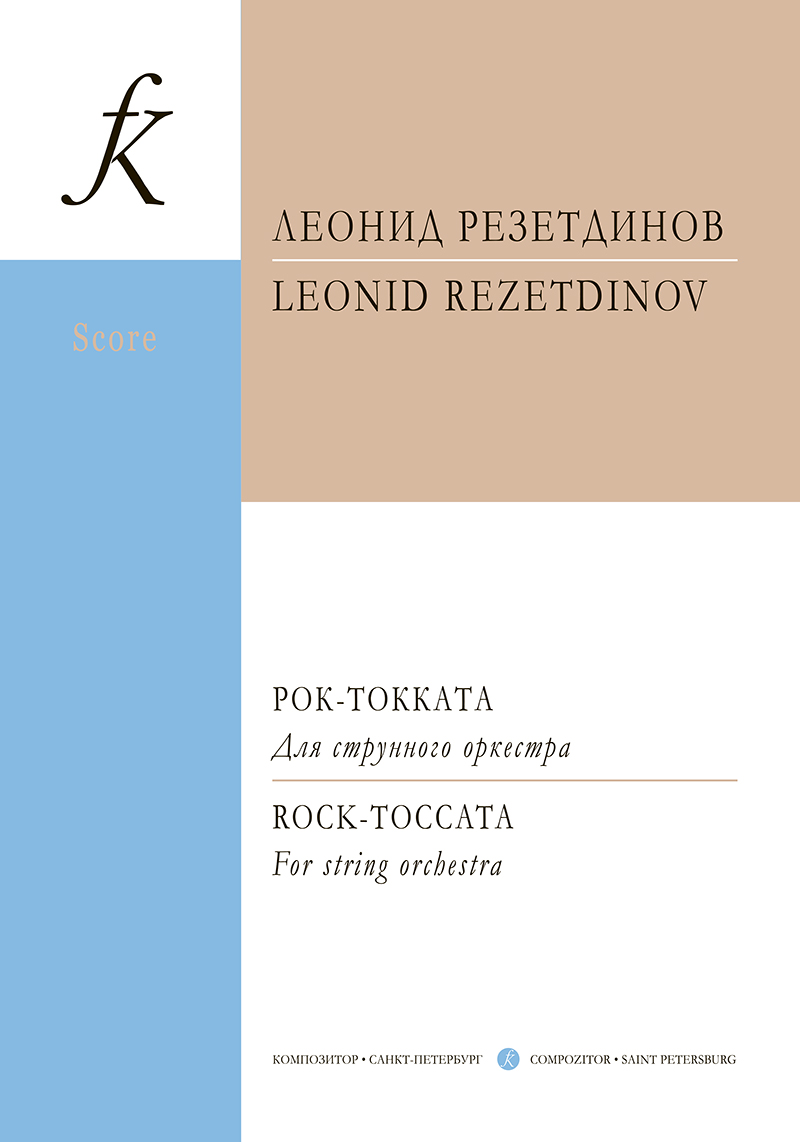 Rock-toccata, written by Leonid Rezetdinov, is rightly among the masterpieces, which performers are willing to play. The title is ambitious: the word “rock” arouses our curiosity, and any musician stands in awe only when he hears the word “toccata”, which refers to the creativity of the great genius. By the way, J. S. Bach could be considered the “rocker” of his time: it is known, that his contemporaries felt like dancing, when they heard his energetic music.

The idea of L. Rezetdinov’s composition is not about rampant dance. The first impression about the easy style of the piece is deceptive. After a few bars enters an alto recitative, its tense, very dramatic intonation speaks about the important things. L. Rezetdinov, a student of B. I. Tishchenko, continues one of the general lines of his teacher’s works — the Akhmatova’s theme of the flight of time. The fast rate of life has continued to put pressure on lives of people. To me, this “Rock-toccata” is the model of the contemporary world, the music on the verge of an emotional breakdown. Is it a protest? Maybe. The philosophical analysis, which is associated with this matter, is beyond the author’s interests, but at the same time the main task of this composition seems to be obvious. This is a signal for people: it is not possible to continue living this way. The theme “dies irae”, that appears twice in this music as an allusion, declares this clearly. I don’t know however, if it was deliberately included in “Rock-toccata” by the composer.

The premiere of the “Rock-toccata” was occurred on 23 May 2012 in the Glazunov Hall of the Rimsky-Korsakov St. Petersburg State Conservatory. The musicians, as well as the audience, were particularly pleased by the premiere. Thus its long concert life started.

I conducted “Rock-toccata” in Novosibirsk (it was performed by the Philharmonic Chamber Orchestra). There are many opportunities in “Rock-toccata” to show all your skills; the work together to overcome orchestral difficulties is the gradus ad parnassum for any musical group. 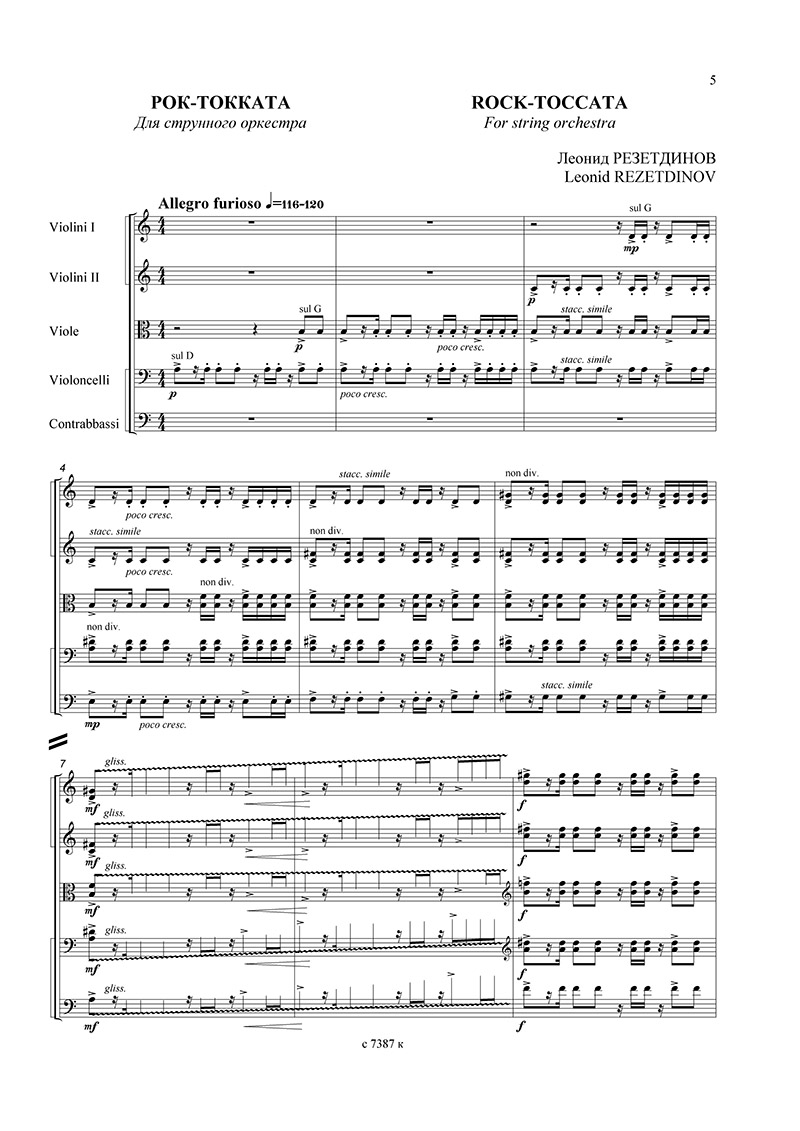 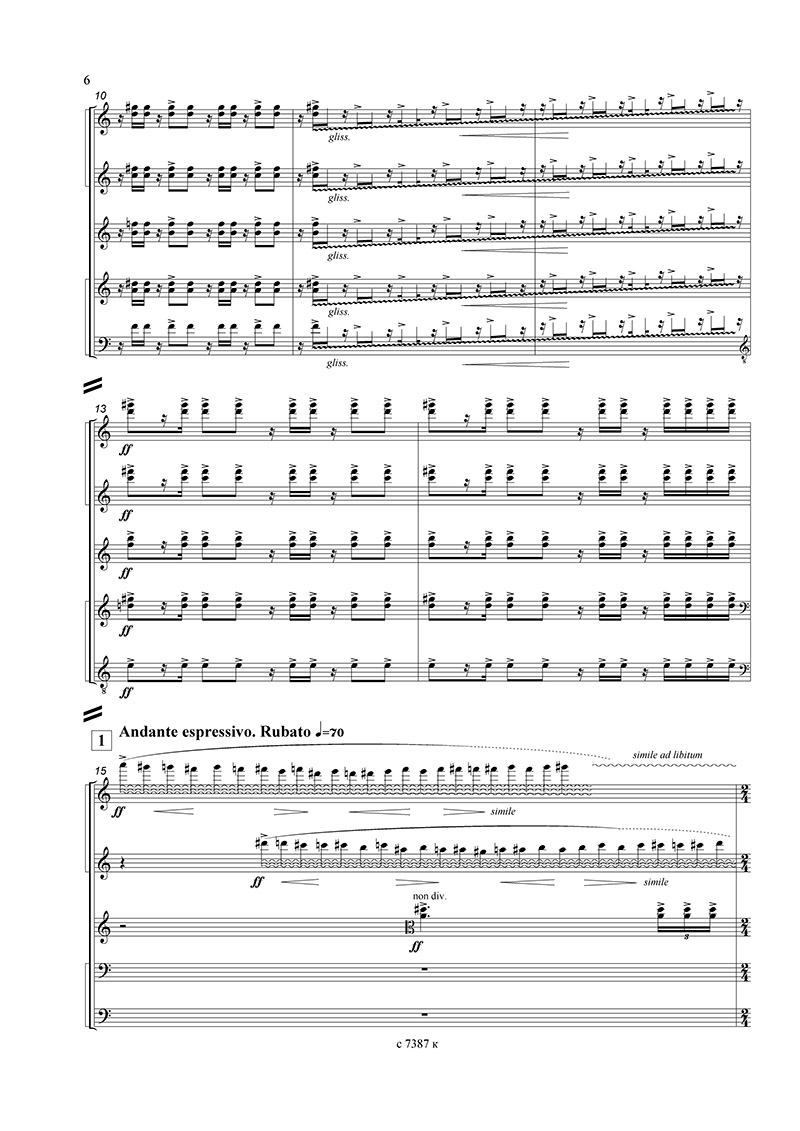