Izosimov A. Piano trio in memory of B. Tishchenko. Score and parts 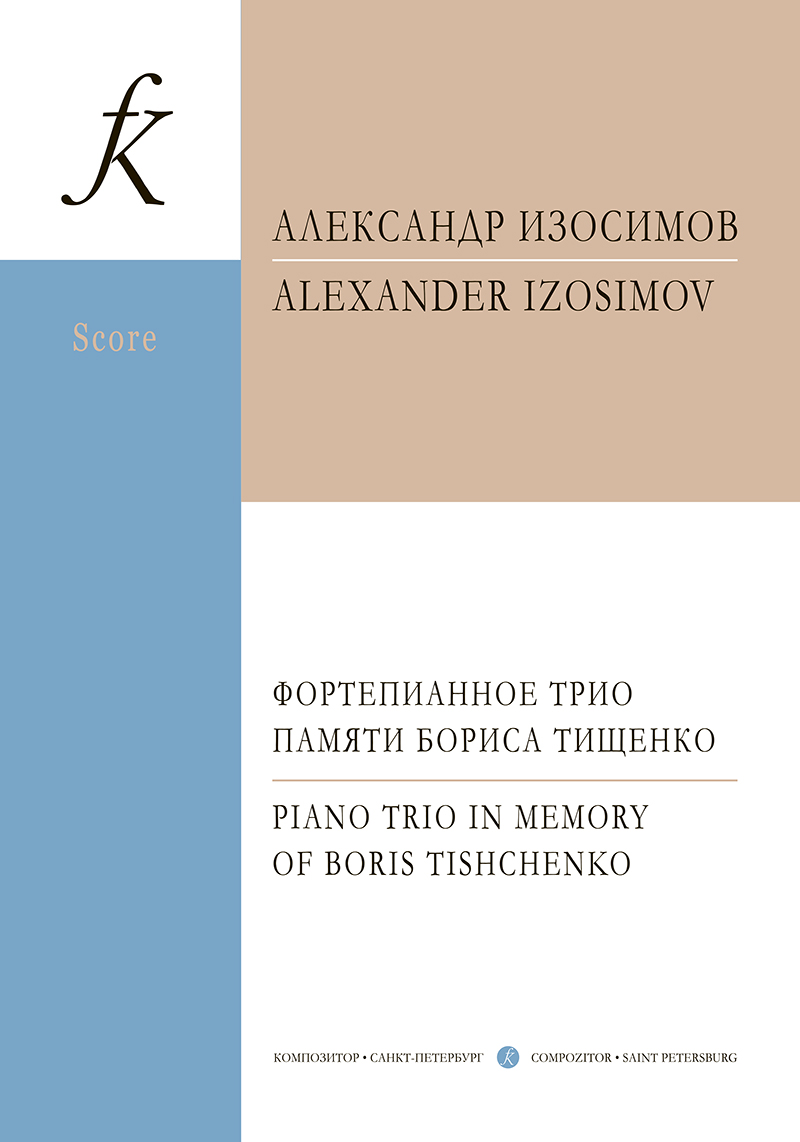 Alexander Mikhailovich Izosimov (b. 1958) is the Petersburgian composer, St. Petersburg Conservatoire graduate, apprentice of the famous Shostakovich pupil’s Boris Tischenko. Among his most distinguished compositions there are “The Paradise Lost” opera, ballets “The Chosen one”, “The Tale of Green Snake and beautiful Lily”, symphonic moments “Knight in the Tiger Skin” symphonic poems “Characters from Russian Fairy tales”, “When My Soul Was a Cloud” for six instruments, “Empathy to Soul” for choir, Cello and Piano Sonatas, “Gratitude to Life-Giver” for choir, organ and chamber orchestra, Two String Quartets, many other chamber and piano works.

Piano trio in memoriam of Boris Tishchenko was completed by Alexander Izosimov in September 2017. This Trio was being composed simultaneously with the cantata “The Battle of Kulikovo Field” and the ballet “Tale of a Green Snake and Beautiful Lily” during the first half of September 2017 and was completed in the same month. There is a specific tradition in Russian music: piano trio often serves as a tribute to some late distinguished music figure. P. I. Tchaikovsky started this tradition when he dedicated Trio a moll to the “Great Artist”, meaning his late friend N. Rubinstein. Arensky and Rakhmaninov followed his example (the latter thus saluted the founder of the tradition himself with his second Trio, d minor). So, A. Izosimov dedicated his trio to the memory of his teacher, B. Tischenko. 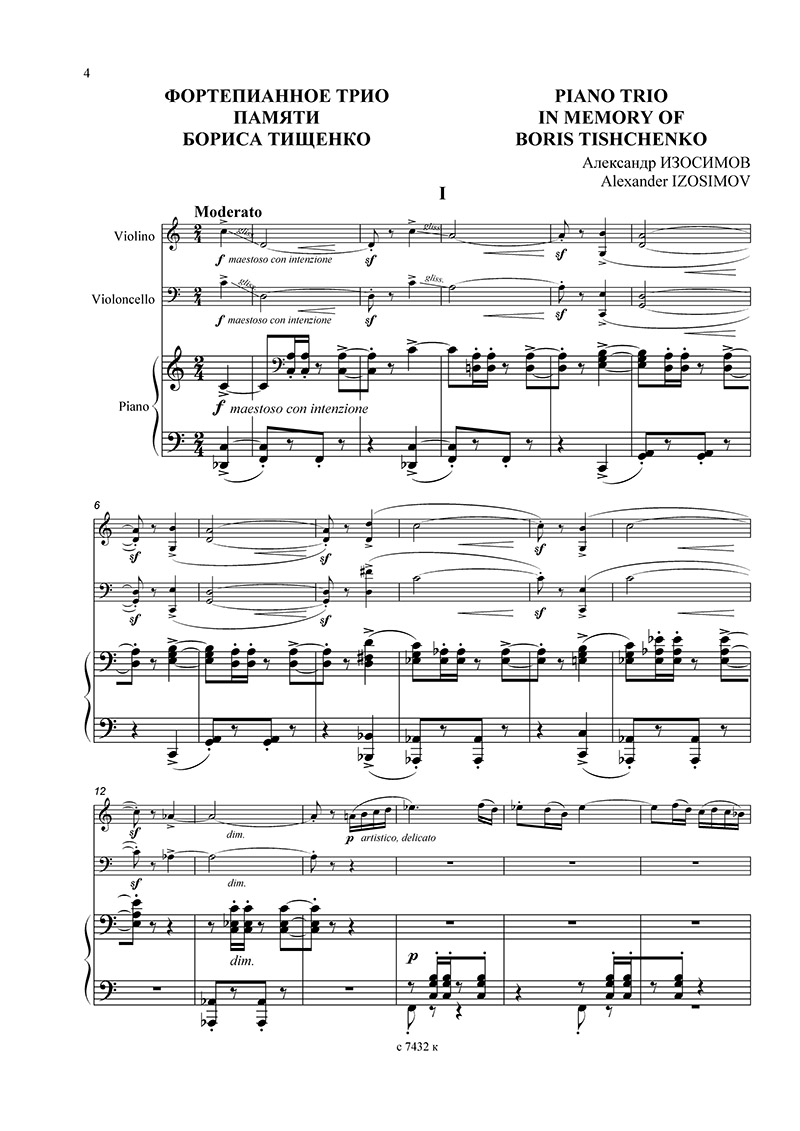 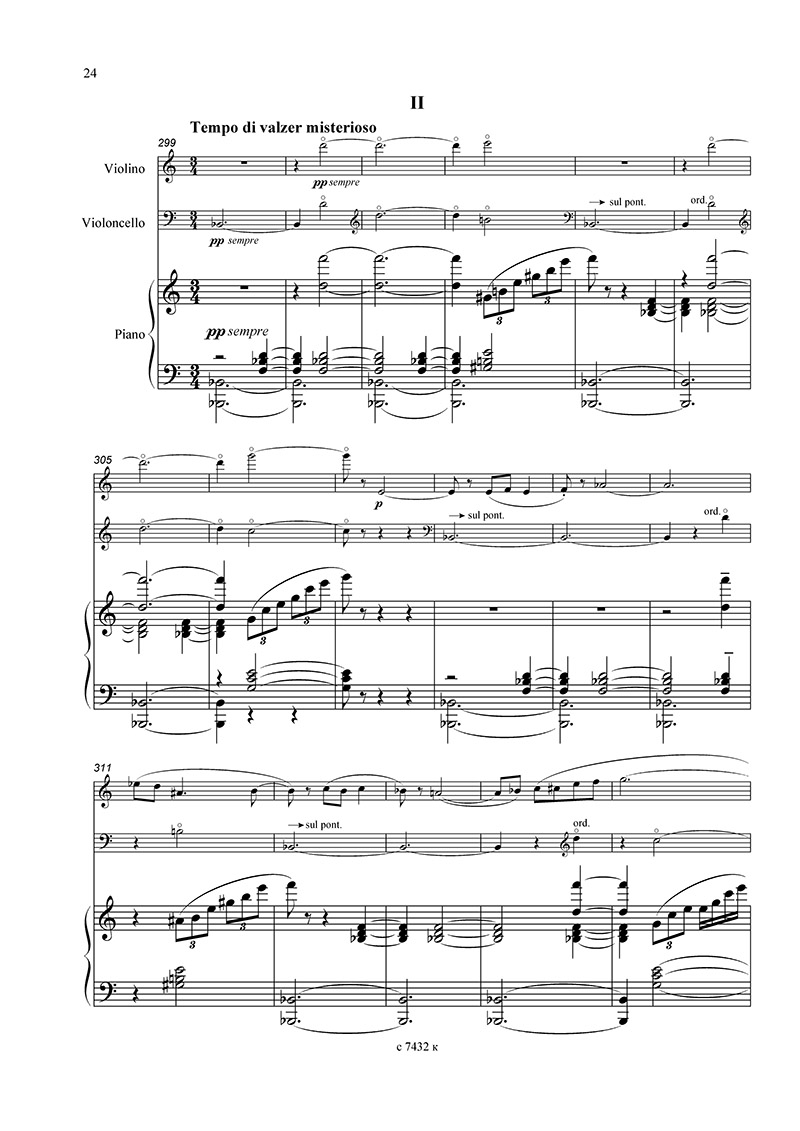